The other day I posted a Reel on Instagram where I documented how I make ginger tea. Proper ginger tea. But I made a mistake or a typo, if you will, and spelled proper propper. I didn’t notice that even though I use autocorrect, so posted the Reel.

I felt really good about it, I had fun making it, and I kinda forgot that I wasn’t feeling well, which was the very reason why I was making that ginger tea in the first place. But a few hours later, my friend messaged me that there was a mistake in my Reel.

I was really grateful that she let me know. But it was not possible to fix the Reel itself, and I didn’t want to delete it, or delete it, and redo it, and then post it again. So I posted an IG story saying:

Later, I had a conversation about it, and I heard an opinion that I shouldn’t have made that mistake. Or that I shouldn’t make mistakes in general, because I am an English teacher. And also that I should be extra careful before I post anything.

I get it. And it may seem like a fair and valid point, and I guess it is, but it made me a little upset. Not because I made the mistake or that my friend pointed it out, but because she thought I shouldn’t make them.

For the record, it was all in a friendly way. No feelings hurt or anything. But I make mistakes, like everybody else. Being a teacher doesn’t prevent you from making mistakes. It doesn’t make you perfect. And btw, I need to find a different title because a teacher fits me less and less. 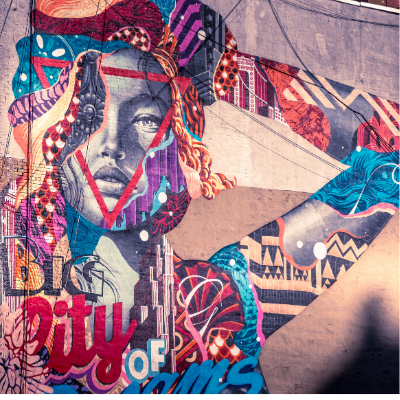 Anyway, I check everything before I post. But I’ll be honest with you I am no spelling expert. I may type a word with all the right letters in it but in completely wrong order – like this – comlepetly worng odrer or I put space in the wrong places – like this – I pu tspace i nwrong p laces.

Or I put a letter in the word that doesn’t belong there at all – like afraikd instead of afraid. And there are words that I always spell wrong – like watter instead of water. God knows why!

And this applies to Czech as well. So I am extra careful before I post anything. But often, there’s a lot of typos to fix, and sometimes I just overlook something. I don’t know, I guess I just think faster then I type. And sometimes, I post faster than I double-check.

Anyhow, the reason why the statement made me upset or maybe just said is that this comes from the same place where the fear of making mistakes comes from. It’s connected to

THE BELIEF THAT WE NEED TO BE PERFECT TO BE WORTHY.

And so we learned to believe that making mistakes is something to be ashamed of.

Of course, there are situations when even a small mistake can be fatal, and the responsibility of not making a mistake can be overwhelming. But speaking English is not one of those.

When we’re learning any second language, we are tricked into believing, that one day, we’ll get to a point when we will be making no mistakes. So we patiently wait for that moment. Well, sometimes not so patiently. Sometimes it gets really frustrating because it seems we can’t get there ever. 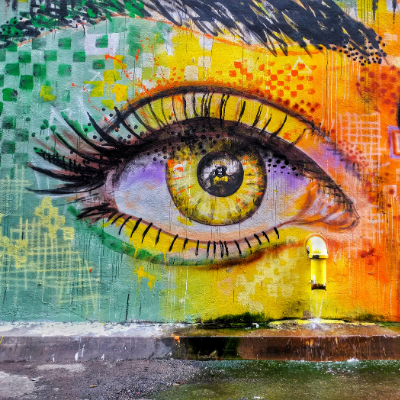 Because we can’t. Making mistakes is in human nature. We make mistakes and typos even when we speak or write in Czech. Some of us more, some of us less, but we make them. So I don’t know how it happened that we believe that in English, it is going to be different.

During my teaching years, I’ve met a lot of people who were so afraid to make a mistake that they didn’t speak at all. Sometimes for years. Or when they had to speak, it was too stressful for them that they tried to avoid it almost at any cost.

You know what I’m talking about, right? I know I do. Heart beating like crazy, so you’re afraid it might be a heart attack, palms sweating like you just dipped them in a bucket full of lukewarm water. Actually, the whole body feels like it just got form under a shower, and there was no towel at hand. 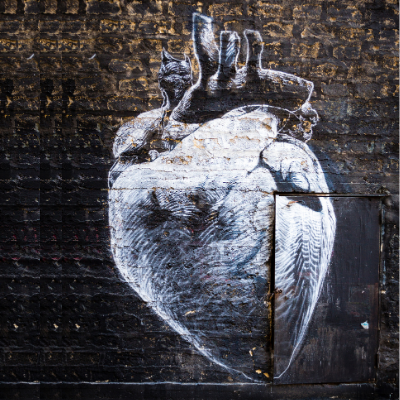 Your stomach hurts really badly, your face is red as if you spent the whole day in the sun without sunscreen. Oh, and the throat. It feels like something of the size of at least a tennis ball is sitting there, so it’s difficult to breathe, not to speak of saying anything.

And for that reason, in the lessons, my main job has always been to make people believe that it’s OK to make mistakes and not to be afraid to speak even if their English isn’t perfect. And I tell you this, I am pretty good at that because I went through it myself.

My friend said that if she saw my Reel with the mistake, she wouldn’t come to me as a student. And that’s perfectly fine. Because it’s quite likely that there’s somebody else who might see this as a benefit. Who might think something like this:

“Oh, she makes mistakes as well. And she owns up to them. And later, she writes an article where she explains why it's, actually, OK to make mistakes. That’s great! It means I can make them too. That is someone I want to work with.”

And that works perfectly for me. Because my goal isn’t to teach people how to speak and write with no mistakes. My goal is to help people overcome their fears connected to learning languages.

IT IS OK TO MAKE MISTAKES.

IT IS OK TO MAKE MISTAKES.

Because it leads to people

instead of waiting for the moment when they are perfect before openning their mouths and saying something. Because that moment is never gonna come.

It means that people actually begin to speak English. Instead of waiting for the moment when they are perfect before opening their mouths and saying something. Because that moment is never gonna come.

You may now be thinking: Does this mean that she also makes mistakes when she speaks? You bet! Or does she even make mistakes during her lessons? No doubt that I do. I am a human, and I am not flawless. Nobody is, and that’s OK.

Making mistakes is a great way to learn. Every time I’ve made a big mistake I’ve always remembered it and never made the same mistake again. And do you know why?

Because when we make a mistake, we more often than not feel bad about it, and it stirs quite strong emotions in us. And the strong emotional connection is the reason why we remember. Sure, it works with positive and happy emotions as well. 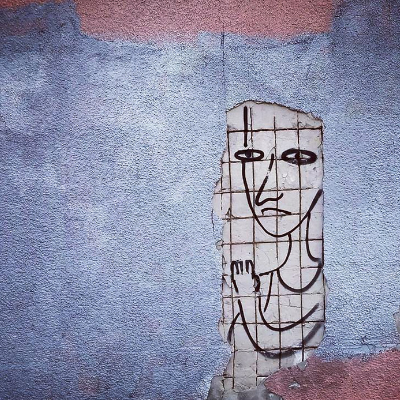 But with mistakes, sometimes the emotions are too strong for us to handle. We feel shame, we feel embarrassed, humiliated, laughed at… So instead of learning the lesson about that single mistake, we overreact and decide not to even try. Which is too bad!

When we do not try, we rob ourselves of the chance of getting better. Because to get better, we need to be doing the thing we want to get better at. And let’s be honest here, trying usually involves making mistakes, failing and falling, getting up and trying again. And by doing that, you learn, and you get better. 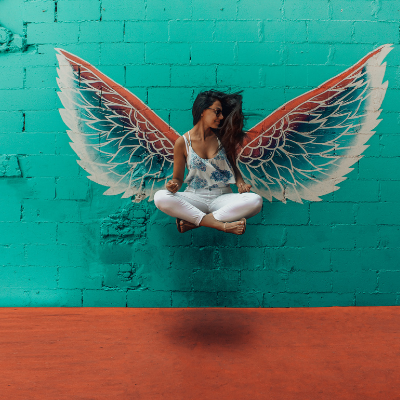 So my lesson in this? Instead of double-checking, I triple-check everything before posting anything until the moment I start to feel that it’s stressing me out too much. And then I’ll go back to double-checking. So be sure to expect some more mistakes from me in the future. That is a promise.

PS: Would I feel better if I didn’t make that mistake? Absolutely! But on the other hand, I’m glad I made it because it led to the conversation, which was interesting, and it also led to me writing this blog post. And in this blog post, I said “make a mistake” for more than 20 times, so there’s a good chance for you guys to remember that it’s “MAKE A MISTAKE” not “do a mistake”. So it was worth it. 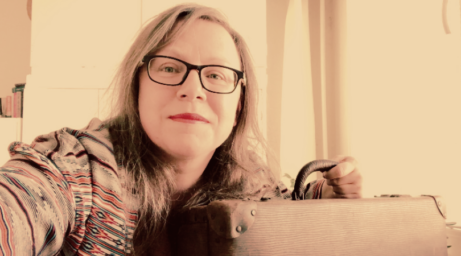 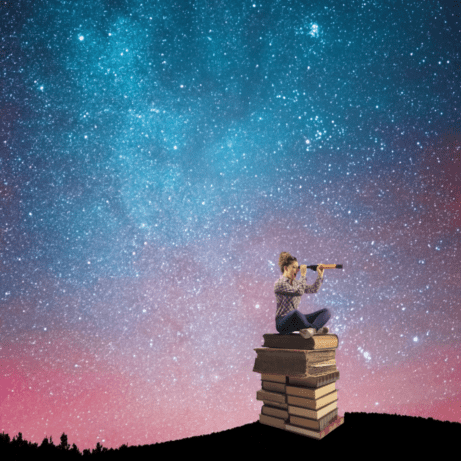 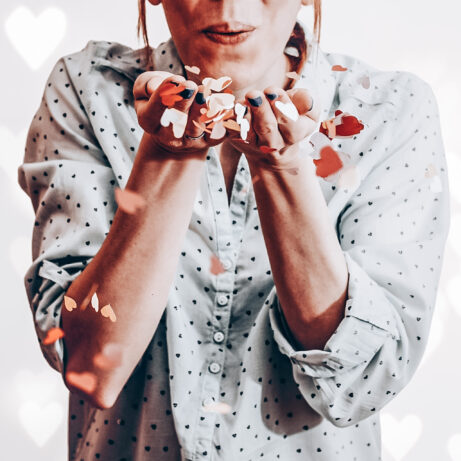